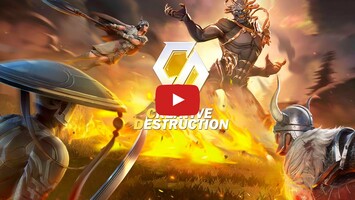 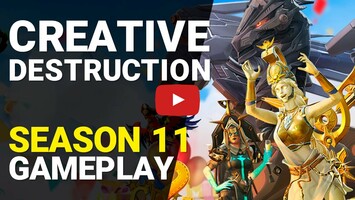 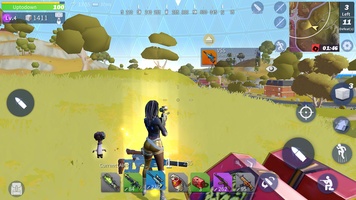 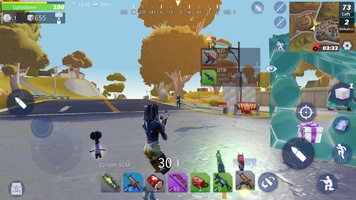 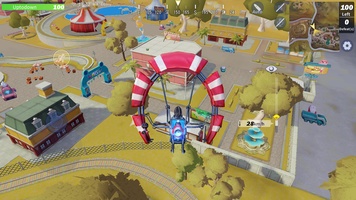 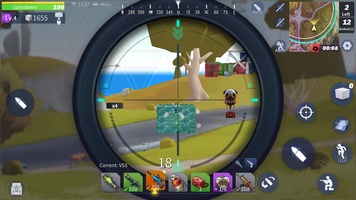 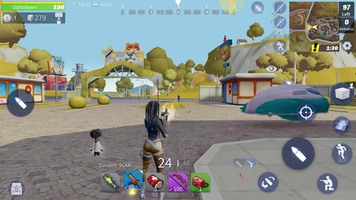 Advertisement
Creative Destruction is a 'battle royale' that's openly inspired by Fortnite. Here, up to 100 players can battle it out on an island full of weapons, but only one can make it out alive. As usual in games like this, you can play everyone versus everyone or in teams.

The gameplay in Creative Destruction is practically identical to PUBG or, more specifically, Fortnite (or Fortcraft, of course). You can use your main weapon to get resources around the setting, breaking anything you see: cars, buildings, trees, etc. With these resources, you can quickly build all sorts of structures, using walls, roofs, floors, and stairs.

In Creative Destruction, you have an enormous arsenal available to you with different types of shotguns, pistols, machine guns, sniper rifles, and assault rifles, all available in different colors that represent their level of rarity. It's also possible to use energy shields, first-aid kits, grenades, and other accessories. Everything's fair game and will improve your chance of survival.

Creative Destruction is an excellent title that easily compares to the big dogs in the genre for Android like PUBG and Knives Out. In fact, the game's graphics are incredible - at the same level as many titles for consoles or PC. Plus, when you start the game, you can choose between various different character models, which you can customize as you continue playing.
By Andrés López
The best Battle Royale games available on Android

There's no doubt that Battle Royale was the most popular genre of 2018, following the record-breaking success of Fortnite and on a slightly smaller scale, its predecessor, PUBG Mobile. Like what usually happens in the Android ecosystem, any formula for success is quickly copied over and over again. This case is no exception, with an enormous selection of similar games that have been coming out of the woodwork for a long time now. To put a little bit of this chaos into order, we've created a list of the most successful Battle Royale games on Android in 2019.
See more

In June 2018, Android devices welcomed Creative Destruction, a game based on the highly-anticipated Fortnite, which hadn't yet reached the platform at that time. When first released, all signs pointed to Creative Destruction being nothing more than yet another clone destined to be thrown on the pile. However, the truth is that today, it's still the only way for many to enjoy the game on their device since the title from Epic has such high requirements. Now Creative Destruction has received a complete makeover as the third season begins, just in time for Halloween.
See more

If you can't play Fortnite yet, here are 5 alternatives for Android

The release of Fortnite on Android has become one of the biggest events of the year. The title from Epic Games garners popularity wherever it goes, and this means that Android users have been eager to get their hands on it. While Fortnite has already been released officially, only a select few Android users can actually play the game. That's why we've put together a list of five games similar to Fortnite that you can play on Android without the need for a specific type of smartphone.
See more

How do you put on the hacks

cool game compatible with most smartphones

if it's big then it's probably good😂😂